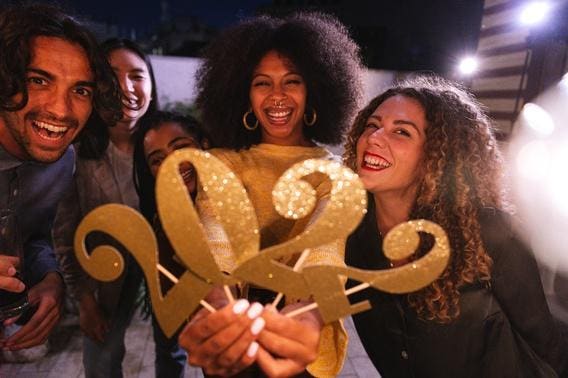 SARANAC LAKE – State Senator Dan Stec will be sure to have issues to tackle when the state legislature returns to session in January, and he has already spent some of his time out of session learning and speaking of these topics.

Stec has been to the Tri-Lakes region several times this month, each time with a list of events, tours and interviews scheduled.

“I like to hike in a loop and I like to drive in a loop” said Stec, an avid hiker.

And when it comes to state issues, he tends to talk on a loop. Many of the challenges facing the state are interrelated. Some influence each other, others have similar fundamental problems.

On several occasions, during interviews with the Company, Stec asked the question, “What kind of government do we want? “ It’s a question he thinks the state legislature is asking a lot these days.

He said the state could evolve into a more government-controlled economy or a more laissez-faire economy with less government involvement. Stec said most people want an economy somewhere in the middle, so it’s a constant balancing act. He said it is difficult for the government to pick winners and losers.

But the state chooses winners and losers. The state has funded major renovations to Olympic venues, but still lacks broadband connections around them. The state strictly regulates child care providers, but has refused to regulate short-term vacation rentals.

Stec said he doesn’t always agree with state decisions, but will strive to improve the lives of people living in his district.

He was in town on November 9 and had a lot on his mind.

Stec said the state doesn’t always follow big issues well. He said bureaucracy gets people to tick a box, take a photo and move on.

He said broadband is one of those unfinished business that he believes the state has moved far away from, and is one of his priorities for the next legislative session.

He wants to remove the fiber optic tax on state highways and the state Department of Transportation’s investigation fees.

The fiber optic tax is a fee that DOT charges to allow providers to run cables along its routes.

These investigative fees were started by the DOT three years ago, he said, and the governor could call them up and end them at any time. With those fees, he said, the money the state gives to businesses to expand broadband ends up in DOT’s pocket.

This leads providers to avoid state highways, he said, creating pockets with no access.

Stec said that during the pandemic, many employers and employees realized they could work from home. He said this flexibility is helping alleviate the child care crisis, but that there is still a huge gap between the demand for child care and the supply available.

“There are six times more children who need a niche of childcare than niches available” said Stec.

There are plenty of state and federal funds available to subsidize child care, but he doesn’t think that’s a long-term sustainable solution.

He thinks the system should be reorganized so that subsidies are not needed. He also wants to make it easier for someone to become a home child care provider. There must be rules and regulations, he said, but he thinks the state can remove some of the inspections and oversights – the “Hoops” – and maintain security.

“Lower the bars that can be lowered … to increase the supply” he said.

The state has invested hundreds of millions of dollars in winter sports facilities managed by the Olympic Regional Development Authority in Lake Placid, North Creek and the Catskills ahead of the 2023 World University Games. Stec said he was not sustainable to keep spending so much on ORDA facilities, but he said this level of funding will not last forever – this is the first big improvement some facilities have achieved since the 1980 Olympics.

“Are we going to stay in the winter sports business or not?” He asked. If the answer is “Yes,” he said these improvements had to happen.

Hosting small winter games in Lake Placid is good for the area, he said. Although he doubts the city will host an Olympics again, he added: “Never say never.”

Stec acknowledged that housing is a big issue in the Tri-Lakes.

He said that when he was a municipal overseer he got grants for home improvement. He said that with just a little help funding a roof or furnace replacement, people can stay in their homes for years to come.

But when asked if the state should invest more money in these grants, he wasn’t so sure. He already thinks the state is spending too much money and one of its main goals is to keep spending low so that taxes don’t rise.

He said he would rather rework the money than increase the budget. Stec was asked about the frequent comparisons between state funding for things like ORDA and things like housing.

But he added that the large investment in ORDA is a one-time event every 40 years. This work was to be done at the state’s winter sports venues to keep them active and bring in money and tourism, he said, adding that big events like the World University Games were spurring the state to do this work.

Stec said short-term vacation rentals could contribute to the local housing shortage. He also acknowledged that DOS can cause parking and septic tank overuse issues on some lakeside properties.

But he said he believes regulating short-term vacation rentals should be a local decision rather than a national one.

“I know that the city council and the village council don’t like it”, said Stec.

He said local governments should each choose what works best for them, which is different from city to city.

Stec also said he believes in property rights, but admitted he got his start in government on a zoning board, which basically tells people what to do with their properties.

Again he asked: “What kind of government do we want? “

It is difficult to say that the state should choose the “winners” and “Losers” he said.

There has been a push in the past two years at Tupper Lake for the state to take over the long-lost Big Tupper ski area as the Mount Morris trail could be sold at a county auction of Franklin due to unpaid back taxes from developers. who tried to reopen it in the 2010s.

Stec was reluctant to support ORDA with Big Tupper. He said it would add more spending to the state budget and that growing up with a friend whose father owned a private ski area he said the state had a monopoly on the industry. When private ski area owners pay taxes, they fund their competitors in public ski areas.

He said he was not totally against the ORDA running Big Tupper, but that he would need a convincing argument to accept it.

“Is this the best use of taxpayer dollars right now? I do not think so, “ he said. “We have a lot of other areas to spend money on. “

The latest news today and more in your inbox

Previous Even if you don’t see it coming, you need to minimize the risk – The News Herald
Next Athene and Apollo acquire majority stake in rapid growth